From 2012-15 a sister project, EverCrop Carbon Plus, was established as part of the National Soil Carbon Program (http://www.agriculture.gov.au/ag-farm-food/climatechange/carbonfarmingfutures/ftrg/soil-carbon-research-theme-projects) to investigate the potential to sequester soil carbon in cropping landscapes by incorporating perennial species. EverCrop Carbon Plus was a collaboration between the existing EverCrop partners, CSIRO, NSW DPI and DAFWA, as well as Murdoch University, and was jointly funded by the Commonwealth Department of Agriculture and the Future Farm Industries Cooperative Research Centre.

Evercrop Carbon Plus – Economic Analysis (opens as a pdf document)

Carbon sequestration was estimated to be 9.3 t CO2-e/ha/yr over the 22 year lifespan of an ungrazed tagasaste (Chamaecytisus palmensis) planting near Moora, WA, compared to nearby soil under annual crop and pasture species. This value includes SOC in the surface 2 m as well as above- and below-ground tagasaste biomass. This species offers an option to provide fodder from large areas of unproductive sandy soils in southern Australia. Although only one site was studied in detail it is considered that C-sequestration rates under this system are likely to be significant and its inclusion as an emissions abatement strategy is likely to present as a profitable new option for farmers on deep sands marginal for cropping. A priority activity will be to develop a carbon mitigation methodology so that such plantings can participate in the Carbon Farming Initiative.

However, there were few other examples investigated in the EverCrop Carbon Plus project where perennial plant options increased SOC sequestration. Although saltbush (Atriplex nummularia) plantings sequestered carbon in above and below ground biomass, there was no evidence of increased SOC sequestration compared to adjacent productive cropping land. Similarly, there was no evidence of SOC sequestration in several herbaceous perennial species, such as Gatton panic (Megathyrsus maximus) Bambatsi panic (Panicum coloratum L.), lucerne (Medicago sativa L.) or phalaris (Phalaris aquatica L.). Likely explanations for this are (i) the increased decomposition rates under perennial grasses due to the more diverse and active microbial populations they foster, (ii) the management of the stands we tested where the objective was to maximise N-returns to subsequent crops, and (iii) the coarse-textured soils at some of our field sites which offered little protection for the retention of SOC at the soil surface.

Although investigations of SOC to depths of up to 4 m under the various species revealed previously unmeasured stores of carbon, only under tagasaste did these differ from the existing land-use. For tagasaste the increments of change are considered insufficient to make sampling to depth below 0.3 m a component of carbon accounting. Where three different sampling strategies to depths greater than 0.3 m were compared at the Moora perennial grass site, results in terms of SOC were variable between the strategies, and added no new information with regard to the relative SOC sequestration of the land use options. The technique to screen soils using gas chromatography flame ionisation detection (GC-FID) for C contamination from coring tube lubricants provides increased confidence that archived soils can be used in future SOC-accounting initiatives.

EverCrop Carbon Plus undertook relatively little research on GHG reduction. The one activity in which it was considered was the economic analysis of the tagasaste plantation where we modelled the value of such plantations for emissions abatement. One advantage of the ungrazed tagasaste planting was that livestock were excluded, which effectively increased the emissions abatement value of that system by more than 20%. Nevertheless, based on our assumptions, the grazed tagasaste enterprise maintained a higher net present value (ca. $700/ha) than the ungrazed system (ca. $300/ha) suggesting that the inclusion of livestock was likely to be a more profitable outcome for farmers.

In any carbon trading scheme the ability to reliably account for changes is fundamental to the scheme itself. A key component of the project was to examine the change in SOC content in the 0.3 to 2.0 m zone under perennial species. Hence an array of approaches were used to assess these stores. Coring soil to depth is laborious, physically challenging, and usually requires specialised equipment and highly trained staff. While a significant proportion of the total C stock is below 0.3 m depth, the inherently low concentration of SOC means a large number of cores would still be required to deal with variance in SOC concentration. Our study of two cropping soils in the medium rainfall cropping zone of southwest NSW showed that taking at least 30 cores (> 10 m apart) within the representative area of interest is required to provide an estimate of SOC stocks to 1.5 m at the 10% accuracy level. However, these difficulties were largely circumvented by the results of the project where the only situation where there was a difference in SOC in the 0.3-2.0 m zone was under tagasaste, and in that case the change compared to annual pasture was only around 0.2 t CO2e/ha/yr. Here the costs of sampling are likely to outweigh the returns from SOC sequestration. Although the dynamics of carbon stocks below 0.3 m following land use change still requires resolution the lack of changes in soil carbon content reported in this study suggests that there is no need to further pursue techniques of soil sampling to depth in the context of agricultural SOC sequestration.

Our comparison of sampling methods using either the hydraulic corer, manual auger or deep soil pits on the deep sand in the northern WA wheat-belt illustrated how different sampling methods can yield different results. For example, how SOC concentrations tended to be higher in augered samples apparently due to increased contamination from the soil surface. This comparison also highlights the trade-off between precision and practicality; the most precise method of sampling soil to depth involved the construction of soil pits which is expensive, time consuming and has significant site disturbance considerations. Whilst excavating large soil pits is warranted at the conclusion of a field experiment, it is hardly appropriate as an approach to the ongoing monitoring of SOC over a 25-100 year time-frame.

Sampling SOC under shrubs will always be a challenge and may be of particular interest to the Carbon Farming Initiative given the large C-sequestration potential of tagasaste described above. To realise the full potential benefit of shrubs on SOC we showed that sampling is required to depths well below the existing 0.30 m protocol; significant differences were observed to 0.90 m under tagasaste and between 1.5-2.0 m under saltbush in SA. It seems that few better machines exist than that described by Stochacki et al. (2007) to penetrate challenging subsoils amongst a dense shrub canopy. While mechanical augers may be less labour intensive, the difficulty of getting machinery close to the base of plants and the compaction of sandy soils (as evident in the perennial grass work) mean this strategy is unlikely to be feasible.

Robust allometric relationships for tagasaste and saltbush will be important tools for estimating above and below-ground C by non-destructive means, which we estimate to account for about two-thirds of total C-sequestration in the tagasaste system. The root:shoot ratio of 0.18 we observed in our tagasaste system is similar to ratios reported in forestry plantations and the IPCC default value for trees. Such data will likely prove a useful predictive.

Productivity, profitability and sustainable land use

The EverCrop Carbon Plus project has demonstrated that the greatest near-term prospect for emissions abatement in cropping environments of southern Australia was in the ungrazed tagasaste plantation where total lifetime abatement of the stand (170 t CO2e/ha) was modelled to be more than double that of a similar grazed stand. Income for this land use would be from carbon abatement alone, which explains why this land use has received little attention to date. The economic modelling shows that whilst an unmanaged stand is unlikely to be as profitable as a grazed plantation, returns from a plantation dedicated specifically to emissions abatement are likely to more than cover the cost of establishment.

To appreciate why this strategy may be appealing for farmers conducting a commercial agricultural enterprise, it is important to understand the farming enterprises and the environments in which such a system might be considered. Tagasaste is broadly adapted and is commonly grown on deep sands in southern Australia where its deep root system can explore the soil volume and access water at depths well below the rooting zone of other agricultural plants. Tagasaste can therefore thrive on soils that are marginal for crop production. If farmers on such landscapes could realise an additional income from emissions abatement by planting their marginal cropping land to a shrub like tagasaste, it may be of net benefit to their cropping enterprise because their inputs on marginal land are reduced, and the risk of crop failure may also be reduced.

Grazing livestock are an important component of agricultural enterprises in southern Australia, but they are secondary to cropping enterprises on most farms. Indeed, some farms do not have any grazing livestock at all and are concentrating their efforts and infrastructure on crop production. Few options for emissions abatement exist in purely cropping enterprises, but in such an enterprise the ungrazed tagasaste systems offers some appeal. The protection of sandy soils by tagasaste offers obvious sustainability benefits and also reduces emissions from periodic wind erosion. Opportunities to introduce grazing after an establishment period of 25 years to continue emissions abatement but to also benefit from income from a livestock enterprise exist, highlighting how a ‘dual purpose’ species such as tagasaste may be more appealing than a woody tree plantation species. However, further work is required to understand the C-dynamics under such a land-use change. The key point illustrated here is that with a potential new source of income, a host of new opportunities exist which require further research and development.

Tagasaste was shown to offer C-sequestration benefits in the EverCrop project in the environment in which it was tested, and the project team has a high level of confidence that those benefits could be repeated in similar environments. However, tagasaste is not suited to all soils and a management regime which excludes grazing is not suitable to all farming enterprises. A myriad of opportunities must exist across Australia’s diverse cropping landscape to achieve similar benefits from different perennial species, or from the same species under different management regimes. The ungrazed tagasaste option we have identified is an innovative example of an emissions abatement strategy for cropping landscapes which will undoubtedly be followed by many more examples over the coming decade as research continues and as farmers become more aware of the opportunities emissions abatement offers.

The emphasis of EverCrop Carbon Plus was to identify perennial plant options with potential to increase C-sequestration compared to agricultural enterprises based on annual plant species. Whilst the range of herbaceous species we tested, which were up to 7 years old, offered no evidence of increases in C-sequestration, their value in improving the sustainability of agricultural landscapes and increasing the profitability of mixed cropping/livestock enterprises cannot be overlooked. Herbaceous perennial species are known to mitigate soil degradation (e.g salinization and acidification) associated with the loss of water and nutrients from the plant root zone, to improve soil biological activity, to reduce erosion through increased soil cover, to provide high quality forage for livestock and to stabilise biomass production, particularly in drier years. Their full benefit to cropping systems remains the focus of the GRDC sister project, EverCrop. Findings from the EverCrop Carbon Plus project indicate that changed management practices are required in order to achieve additional C-sequestration from herbaceous perennials, such as by managing soil nitrogen in such a way as to retain soil C pools. This should be the focus of future research efforts. 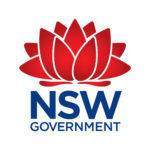